This post was originally featured on my now retired Wix blog 2/2/15. This is an edited re-post.

Martin Luther King Jr. Day is celebrated on the third Monday in January, his actual birthday is January 15.

Today @homewithmykings in honor of Rev. Dr. Martin Luther King Jr. Day we’re taking some time to share a few resources that we used to learn more about a man whose work and life had and continues to have an indelible impact, not just in the U.S., but on all people across the world. 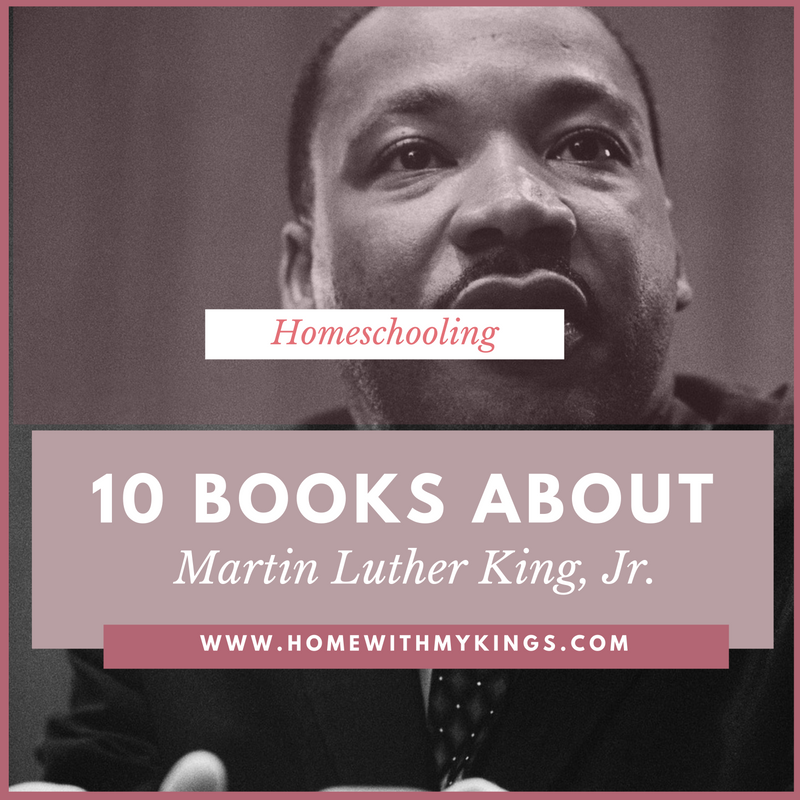 When we (hubby and I) teach or have discussions with our boys about notable historical figures, including those in the Bible, the emphasis is not only on what they accomplished but also why, what motivated them, what was their character like? Dr. King, and those who labored alongside him, faced insurmountable odds, (even fatal consequences), in their fight to end racial segregation and discrimination, which led to the signing of the Civil Rights Act of 1964. What motivated Dr. King, what can we learn about his character, why do we celebrate MLK Day? Here are some resources on Rev. Dr. Martin Luther King, Jr. 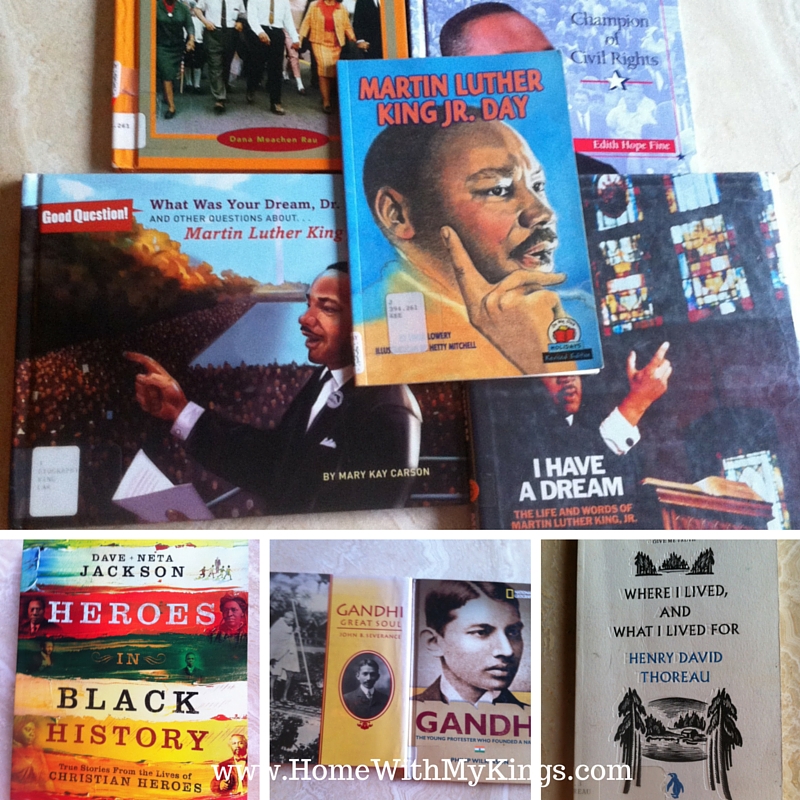 We know that Rev. Dr. King was a man whose faith was grounded in God. As he lived and observed the plight of his people, in his heart awoke a calling. He grew up around many exemplary leaders, including his father, and he knew what God had to say about the equitable treatment of all mankind. Pursuing and practicing peace, even while chiseling the walls of racial injustice, was his benchmark. This approach was inspired by the passive resistance approaches used by Ghandi  and the worldview of Thoreau as expressed in his “On Civil Disobedience” essay.

In his autobiography, Dr. King wrote this about Thoreau:

“During my student days I read Henry David Thoreau’s essay On Civil Disobedience for the first time. Here, in this courageous New Englander’s refusal to pay his taxes and his choice of jail rather than support a war that would spread slavery’s territory into Mexico, I made my first contact with the theory of nonviolent resistance. Fascinated by the idea of refusing to cooperate with an evil system, I was so deeply moved that I reread the work several times. I became convinced that noncooperation with evil is as much a moral obligation as is cooperation with good. No other person has been more eloquent and passionate in getting this idea across than Henry David Thoreau.”

It was challenging finding books in the library on Thoreau geared towards young kids, but I found this little book, so I skimmed through it to get an idea/essence of who he was. He was a multi-faceted man, author, poet, philosopher, naturalist, historian, surveyor, abolitionist.

We also found several books at the library about Ghandi (both books have nice pictures for visual learners), we enjoyed the stories of Ghandi’s life as a boy into adulthood. Thoreau was also influenced by Ghandi.

We got some great pictures here of Civil Rights leaders, so we’ll do my version of a “who do you know” quiz at the end of our study.

Click here to find out 8 SURPRISING THINGS YOU DIDN’T KNOW ABOUT DR. KING!

We love all history, but, it’s important for our kiddos to know and understand their own history because as the saying goes “you’ve got to know where you’ve been, to know where you’re going”. We are so thankful that God chose Dr. King for this calling and dare I try to imagine what my children’s lives would be like had he and countless others not sacrificed for our freedoms.

I would love it if you would add to this list by posting in the comment box any resources, books, internet-links on Dr. King that you use for your family. Thanks and HAPPY MLK DAY!

Black History Month celebrations are right around the corner. Here are some games to help you start celebrating.